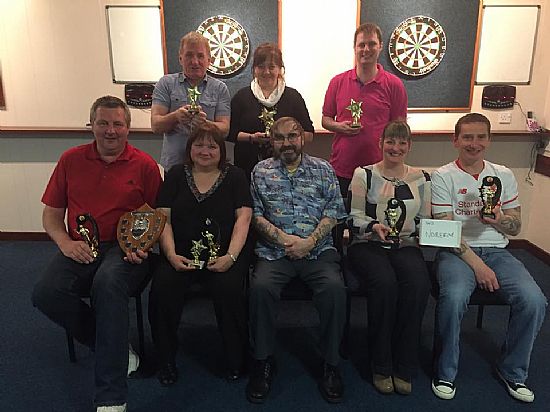 Kevin Peace and May Munro won the Tattie Bogle Charity Shield beating Jacqui Stevenson and Cammy Scott 4-2 in the final. (Jacqui stood in for Noreen Bain in the final as she had to catch the boat!) Prize board winners were Brian Murray, Vanessa Robertson and Gary Wilson. May also won a trophy on the low score board.

Total raised on the night for carers charity Crossroads Orkney was £361, added to the money raised at the Masonic charity darts, and the Steven Flett Memorial darts, means the total raised for the charity was £1510. As usual the Tattie Bogle special prize raffle kindly donated by Jim Scollie had to be seen to believed!!