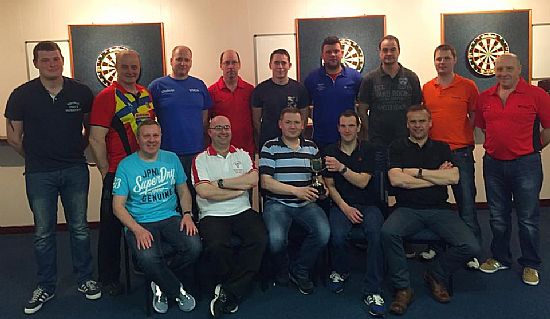 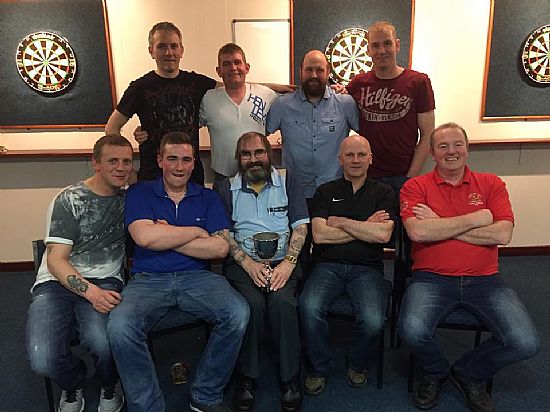 Two great wins for the East teams in the annual East v West games as both got off to great starts. The ‘B’ boys won all four doubles and that was halfway to the eight required. It soon became 5-0 as they won the first singles before the West finally got a game on the board. Was it to be a big comeback?

Not quite, as the East made it 6-1 before a win for the West brought the score to 6-2. The East players won the next game to bring themselves within one game away of victory, before running out 9-3 victors.

It was a great win for the East boys and it makes the score 13-7 for the East. On the other boards the big boys were racing into a 5-1 lead and it soon became 6-3 for the East.

The West took one more, but the East finished up 8-4 ahead after the singles and only needing three more. They soon made it 10-4, just one short for the victory.

The West made it 10-5, only for the East to take the next two to cross the line, before the West got the last double, making the final score 12-6 to take the overall score 35-7 for the East, and also ensuring that the West have failed to win this century.

There were some very good scores from both games. 180s from Colin Kirkpatrick, Robbie Norquoy, Stuart Grieve, John Munson, Paul Foubister, Erland Ritch, Don Wilson and three from Ivan Leslie including two in one leg.

With one week left to go, the title race is over in the Williamson’s ‘A’ League. Needing only a point, and despite an exceptional performance from Iain Wilkie in hitting two maximums and two big finishes, Derek Firth’s Legion side ran out 9-3 winners over the Untouchables to record their seventh consecutive title. Derek himself played a captain’s role on the night, winning all his games and posting a 13 dart leg in doing so.

With the Golf Club’s game against Sanday being postponed, the Commodores had a chance to go clear in second place and did so courtesy of a 10-2 victory over the Legion Arrows. The Wanderers travelled to the Sands for a mid-table clash and the spoils were shared in a 6-6 draw. Stuart Thomson looked to be on his way to sealing the win for the Wanderers by hitting a 12-dart leg, but as his composure slipped, Jamie Drever kept his cool and steady scoring and finishing helped him secure a deserved point for the Sands ‘2’.

The two bottom teams met, with both St. Ola and Nomads requiring the win to keep their slim hopes of survival alive. Gary Wilson and Brett Dickinson checked out an 11-dart leg in the doubles, but it wasn’t enough to prevent the Ola narrowly winning 7-5, consigning the Nomads to relegation and the wooden spoon. The Untouchables ‘A’ also won 7-5 over RBLM, who are now tied with St Ola, but hold a considerable advantage in terms of game difference. There are bound to be some nervy darts by both teams next week as either side could yet find themselves joining the Nomads in the ‘B’ League next season.

With two games still due to be played by the Warriors, the ‘B’ League has yet to be concluded, although for most of the teams this was their final week. Quoyburray ‘B’ ended their season with an 8-4 win over the Bilco Boys to finish in current pole position, three points clear of the Warriors, who themselves thrashed Tankerness 11-1. Quoyburray remain in third currently following a narrow 7-5 win over the steadily improving Vikings. Shapinsay extended their win streak to six games by beating the Muppets 7-5. Young Mark Shearer continues to impress for the Muppets, hitting a 130 finish to another 15-dart leg for him this season. Muppets captain Richard Polson returns to his native Shetland next month and he signed out of the KDDL in style with a win in his final singles game.

This Friday sees the Steven Flett Memorial Mixed Darts Cup being played in the Legion. Names are to be in by 7.30pm. Anyone not having a partner can still enter and will be paired up with the first player(s) to be eliminated.

The following Friday, April 15, the Legion plays host to the final ‘A’ team cup of the season — the 301 challenge cup. This is also the final competition in which 180s or high checkouts count towards the respective shields for the season. While Kevin Gray appears to have the 180 shield already sewn up, there are currently five players tied on ten high checkouts, three on nine and a further three on eight, so it really is still up for grabs and might encourage those in the running to make sure their teams enter.