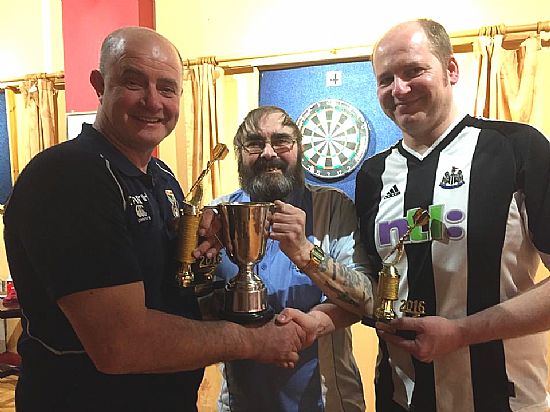 The ranking points competitions which take place throughout the KDDL season to earn points to qualify for the team to play against Shetland came to a climax on Friday night in the Kirkwall Masonic Club, with the league singles.
As well as getting their name on the prestigious trophy, ranking points were in high demand at this stage in the season, with players keen to get into the side to travel to Lerwick to take on Shetland on the big stage.
41 players entered the competition, and it was good to see league secretary Jim Scollie back at the darts after a period of ill health.
As usual, the draw throws up some interesting fixtures. There was a shock early exit from ranking points table topper Kevin Gray, who was defeated by Lee McPherson. Kevin's flu bug not helping his chances of progressing further.
In the top half of the draw it was the experienced Derek Firth who made it through to the final, beating holder Stevie Linklater in their semi.
In the lower half of the draw, making their way through to the sem-final were Leigh Shearer and Bruce Moar, with Leigh's victory booking him a final place against Derek.
In the eagerly awaited final, it was Derek who ran out as the 4-1 winner of the trophy, a cup he first won 33 years ago in the 1982-83 season.
It was also the fifth time he has lifted the trophy as winner.