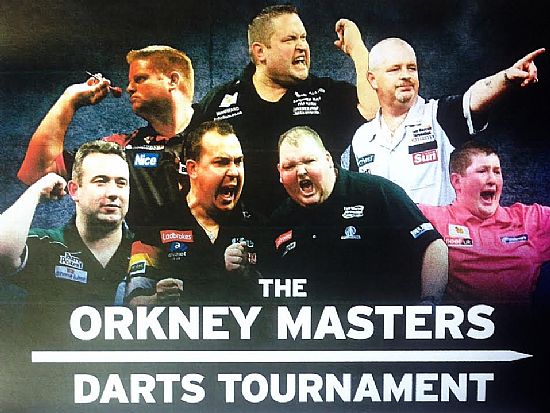 The line-up for this years Orkney Darts Masters has been revealed, with seven big names in the darting world set for the big stage at the Pickaquoy Centre on August 29, where they will be joined by local qualifiers.
The event has been organised by promoter Gordon Morrison, with Kirkwall and District Darts League running the local qualifying competitions.
This year the top professionals taking part are a mixture of PDC and BDO players.
They are current BDO World Champion Scott Mitchell, Premier League player Kim Huybrechts, and Ireland's number one player Brendan Dolan.
Scottish players, world ranked number eight Robert Thornton is set for a return to the Orkney stage, along with fellow Scot John Henderson, who was recently the 2015 German Open runner-up.
2014 BDO World Championship runner-up Alan Norris will also be coming to Orkney as will World Youth Champion Keegan Brown.
Tickets go on sale from The Brig Larder in Albert Street, Kirkwall, on Friday, May 1. (No telephone bookings).
Tickets are priced at £500 for a VIP table of 10, which includes ‘meet and greet’ opportunities with the players. Standard day tickets are priced at £30.
• Details of the dates of the qualifying competitions – to be held in May– will be announced soon by the KDDL committee.
Details can also be found on the Orkney Darts Facebook page.