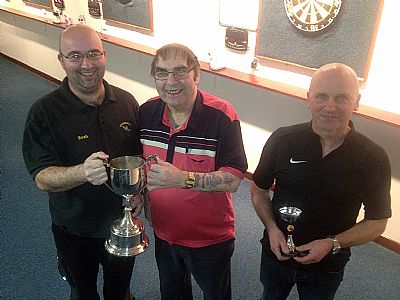 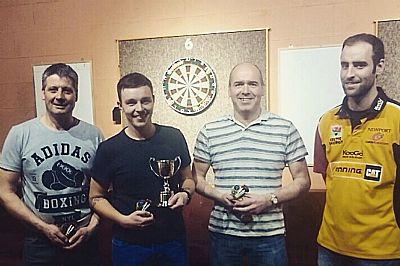 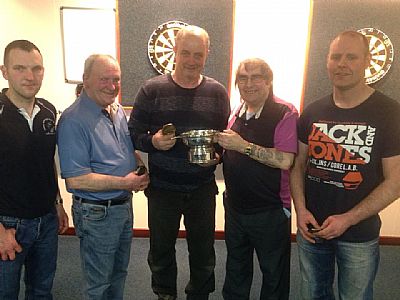 There were no league games last week as three cups were played for — two new and one not so new.
The first one was the 301 Challenge Cup, which replaced the Knight Cup and was for ‘A’ teams only.
It only attracted five of the top teams, but that didn’t detract from the standard of darts played and, being a 301 double start format, some of the games were close. But not as far as the Legion was concerned, as they stormed to a 4-1 final win over the Untouchables.
The second cup, the 301 Double Start Cup, replaced the Seatter Cup and was for ‘B’ teams only.
They turned up in force with nine of the ten teams entering. After some terrific games, the Shore faced the Legion Arrows in the final and the Shore won 4-nil.
The last cup was the Tom Notman Memorial Singles but only 14 players came forward and, as it was also a 301 double start format, some big names fell early on.
It was a couple of well-kent faces who took to the oche for the final. Colin Kirkpatrick took the first leg but Brian Moar took the next two for a 2-1 win.
A few high finishes from Derek Firth with 112; Neil Croy had a 114 and Andrew Moar a 124, Scott Wilson had a 160 start and Edrian Skea scored 171.
The next big game is the annual East v West.
This year it’s in the Stromness Golf Club on Friday, March 27.
A bus will leave the Kirkwall Legion at 7pm, returning after the games are completed.
Any player unable to travel let the team captains know.