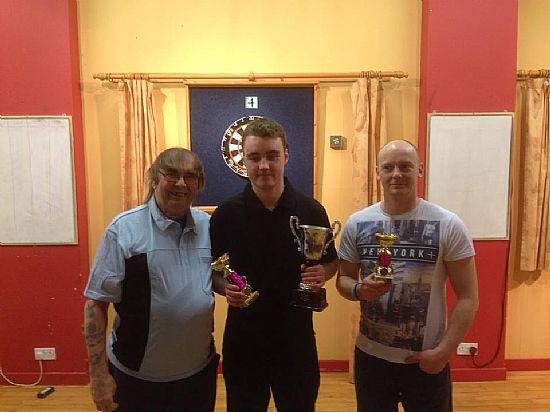 Thirty-one players turned up for the B League Singles. The standard was very good, as always, and some big names exited early on.

Scott Walls, the defending champion, went out at the last eight stage to Liam Drever, who was playing well, but he in turn went out in the semi-final to the very impressive Kenny Gillespie. In the other semi, Gary Peace made the final by beating Stuart Paterson.

It’s on to the league doubles on Friday night, the second last ranking points event. It’s in the Legion – names in by 7.30pm.

The Legion has moved to the top of the Williamsons A League on games difference over the Golf Club. They beat Quoyburray 9-3, but the Golf Club have a game in hand after their tie with RBLM was postponed.

Commodores were top-scorers, beating the Untouchables A 11-1, and the other Untouchables had lost out 8-4 to the Wanderers. Sands 2 picked up other points with a 7-5 defeat of the Nomads. Sanday got back on the winning trail by beating Quoyburray B 8-4.

There were no B League games played owing to the singles event.

There will be a committee meeting on Wednesday, February 18, in the Masonic Club at 8pm.

Congratulations to the Kirkwall Legion team, who won all three trophies in the Northern Area competition.