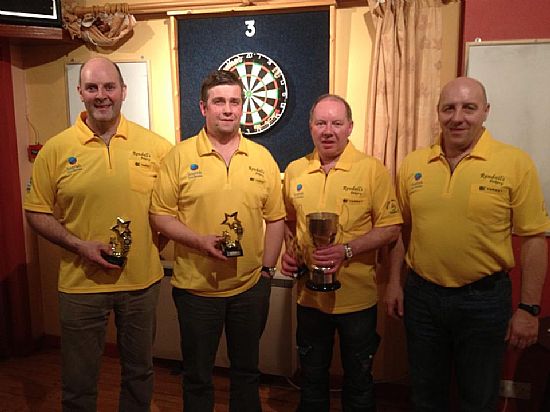 It was a great start to the new year as 12 teams entered the Swanney Cup — eight ‘A’ teams and four ‘B’ teams —and in an ‘out of the hat’ draw, all of the ‘B’ teams ended up in the same section.

In the semi-final Legion Arrows met Sanday, who had put out the Legion with the play-off game.

And they had to to it all again as the Arrows held them to two-all and had darts to win but missed them all, so it was Sanday to face the Golf Club, who had no problems in making the final.

The finishing power of the golf boys saw them come out as winners 3-1.

The next big competition is the E. R. & T. Craigie Singles on January 23.

It’s a ranking points event for registered players only, but before then both leagues get underway on Monday.

In the Williamsons ‘A’ League Commodores hold a two point lead over the Golf Club, with the Legion in third spot.

In the Williamsons ‘B’ League the St Ola boys are clear by six points over Legion Arrows.