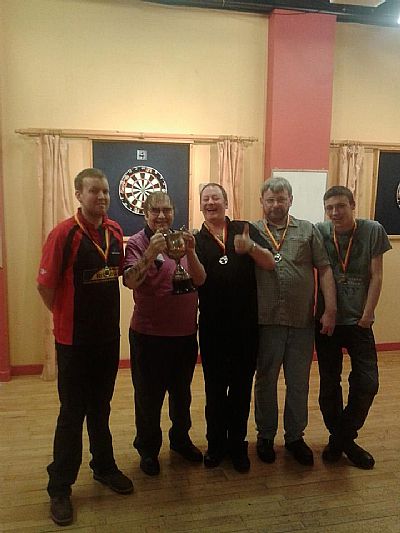 What a great week of darts, with four trophies played for all cricket related.
First, it was the Lynnfield Cup, for ‘A’ League teams, and eight out of the 12 entered. And what a feast of darts was witnessed!
Lots of the games went to the play-off games, and it ended up with the Commodores facing the Legion in the final, with the Legion coming out 3-1 winners.
The next night, it was the ‘B’ boys’ turn to play for the Foubister Cup, and seven of the 12 teams turned up and, as always, there were surprise results.
But, in the end, it was the Sands ‘2’ who faced St Ola in the final, with the Ola boys winning the play-off game to take the cup 3-2.
Then, it was on to the cricket singles and doubles, being played on the one night.
Twenty-six players entered the singles and they doubled up to make 13 pairs.
Lots of surprises in the early rounds of the singles, with the holder, Stevie Linklater, going out in the first round.
But it was Kevin Gray who advanced to the final, and ‘B’ League player Graham Louttit also made it, following some great darts.
But Graham found Kevin too strong, and went down 3-0.
Kevin, along with partner Jimmy Miller, made it to the final of the doubles, but couldn’t stop Bruce Moar and Stevie Linklater from retaining their title with a 3-1 win.
In the darts version of cricket, it is rare to have scores of 180 scored, but over the week, 12 were scored.
They count as 140 runs, and came from Robbie Stanger, Gordon Rendall, Martin Peace, Derek Farmer, Ryan Tulloch, Wilfy Tulloch, and two from Brian Stevenson, Alan Gray and Kevin Gray.
Even more rare are three bulls in the one throw, counting as six wickets, but there were three hit from Robbie Stanger, Alan Gray and Kevin Gray.

Only one high score from a rearranged ‘B’ League game. It was from Bill Robertson, and was 157.
The match saw Sands ‘2’ beat Meadowbank 7-5.
It is back to league business this week, and it’s also back to ranking points events, with the Pit Stop Cup tomorrow, Friday, night in the Golf Club. Names by 7.30 p.m., and, remember, it’s for registered players only.
Then, next Saturday, it’s the Davy Cooper Memorial Cup, in the Masonic Club. It’s open to any player in Orkney. Names by 2.30 p.m., for a 3 p.m. start. Male players only. 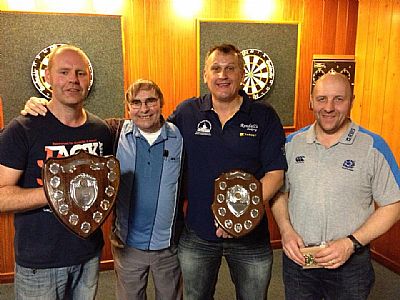