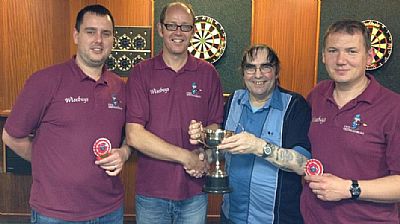 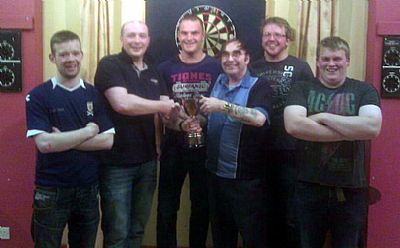 A very good start to the new season, with eight teams entering the 'A' League's Allied Hotels Cup, with two teams doubling up, making a total of ten teams, and some very good darts thrown so early in the season.

But, in the end, it was down to the old firm of the Legion and Untouchables, who contested the final, with the Untouchables coming out 3 - 0 winners over the team which won every team cup last year.
On the evidence of the first showing, it should be a very close 'A' League.

The following night, the 'B' boys had their chance, with eight teams coming forward for the St Ola Cup and, as in the 'A' game, there were some very good and close games, with three of the first four going to the play-off game.

But, in the end, it was the Shore '2' who came out on top, with a 3 - 1 win over Tankerness, who played well to get to the final, and I think the 'B' League could also be very close.

After this week there is a break now from cup games until October 12, with the Louttit Singles that night, the first of the ranking points events.

Both leagues get under way on Monday. Team captains are reminded that scorecards must be in the Legion by noon on Saturdays, and entry fees are also due.