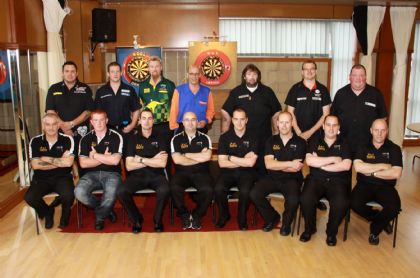 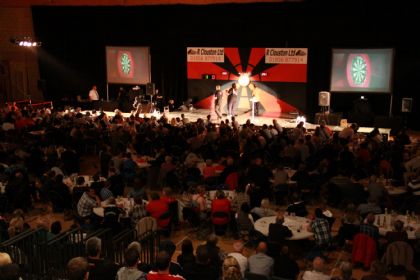 It was called the Orkney Darts Classic and it was a classic – an all day classic, as eight top professionals visited the county for the first time, and waiting for them were eight of Orkney’s top players. It must be said that not one of the players let the county down.

The only local player to make it to the quarter-finals was Kevin Gray, who was well in control of his game with ex-world champion Andy Fordham, when Andy had to retire as he wasn’t feeling well.

That was the only winning success for the locals, but some very good games from Stevie Linklater, who took three games off Co Stompe, and Jim McDill, who also won three games, and it was off the world champion, Adrian Lewis. But every local player can hold his head up high. Kevin found the world champion too hot to handle in the quarter-finals and went down 5-0.

By finals time, it was the world champion, against the crowd’s favourite Simon Whitlock, and the Aussie never let the champion settle, as good finishing took him to a 6-2 result, to become the first Orkney Darts Classic Champion.

There were ninety games played, and 27 180s scored, with Adrian top scorer with nine. Stevie was the only Orkney 180 scorer, but what a super day. Secretary Jim Scollie was asked up on stage to be presented by Simon Whitlock and and league president Craig Taylor, a photo of all the players, signed by the pros. Jim's wife, Ruby, got a lovely bunch of flowers.

It’s back to the local darts now, as the K-DDL held their AGM last week. Twenty-one teams was the final count. It’s 11 in the ‘A’ league and 10 in the ‘B’ league. The only changes in the committee is Davy Henderson who has taken over as treasurer, and Alan Brown is on, as the ninth person, so it’s back to full strength.

The league will get underway on Monday, September 5, with cup games. See lists on notice boards. There’s no change in entry fees for league and cup games and, hopefully, all team fees will be paid on time, which is within four weeks of getting underway. Fees can be paid to the secretary or treasurer. It’s also the 45th year of the league, and Jim Scollie has been on the committee all that time – it’s his 44th year as secretary.