Nine of us went to Stronsay with the intention of visiting the Papa Stronsay Monastery and the Monks there. A 7 am start made for a lot of sleepy heads but spirits were high with a good forecast. Fellow passengers included Chris Packham and Doug Allan filming a programme on how Neolithic man survived. They were filming the remains of a Finn Whale that had stranded a few years ago. They were not filming Chris Packham swimming with Seals. He needed it to be at least 21C, so he told me, and he left that type of filming to Doug Alan, who is well known for diving under the Ice in Antarctica.

Our Photographic group arrived at Stronsay and looked in vain for coffee as a reviver but luckily one member had a good supply before our walk to the Vat of Kirbister. It is a most amazing structure with a huge Sea Arch and pool on the inland side like the final stages of a Gloup. Many years ago, I was in a large boat, that we moored under the Arch and went ashore to explore the caves in the cliff there, much to the surprise of some basking Seals. There was plenty to photograph both there and along the cliffs beyond from the plants, to the Fulmars and the landscape itself. It was still a bit dull but the sun was hovering behind the cloud and came out as we left. One group went off looking for more coffee (it really was a very early start for some). The other group found a variety of things to photograph from an old Byre with lovely blue doors, an old Mill and the Beach at Mill Sands. Lunch followed at the Pier Cafe and was excellent too and thoroughly recommended. A postprandial meander around the harbour lead to meeting our host for our trip to Papa Stronsay. Abba Nicodemus proved to be an excellent and genial guide  for our visit. He and his helper had us rapidly on the boat, even the less able, and delivered to the entrance of the Monastery. He gave us a guided tour of the churches, chapels and buildings that he and his fellow monks have built and adapted from farm buildings. They were very impressive and showed their strong religious faith and following. We were able to photograph everywhere and what a wealth of subjects for us too, a photographer's dream. One very impressive building was the Greenhouse. It was very large and contained a magnificent variety of fruit trees bearing an abundance of ripe fruit, which we happily partook of. The plants included Peaches, Nectarines, Kiwi Fruit, Apples, Pears, Plums, Grapes, both black and white, alongside salad vegetables and cut flowers. It was a most impressive display of what a greenhouse in Orkney could produce. A walk to the wet land showed little in the way of bird life now the breeding season is over. Then it was back to Stronsay after a lovely afternoon. Unfortunately we were too late for the cafe and too early for the pub so we sat on the sea wall and had our snacks before heading to the waiting room to review the photos from the Dunrobin trip.

Dunrobin is a wonderful pile in great surroundings near Golspie. The falconry there is a feature and there were lots of photos of Raptors, both flying, whole body, and close up although one Long eared Owl eye close up looked dangerously close to me. Reflections of the castle in the fountains was another popular subject and it was interesting to see the different results in the changing sun/cloud conditions that we had on the day. Other subjects included the Big Burn walk at Golspie that some members had done and Walligo Steps that others had done. All in all it had been a memorable day for all who participated.

"Circles " was the monthly subject and we had everything from Modern Art to Ferris Wheels with a variety of spheres, bouys, clocks and the round garden at Dunrobin to take us full Circle ! Thanks for all the excellent contributions.

The next meeting will be at 2 pm Wednesday 21st September at Corrigal Farm Museum. The subject is "Sun Light". 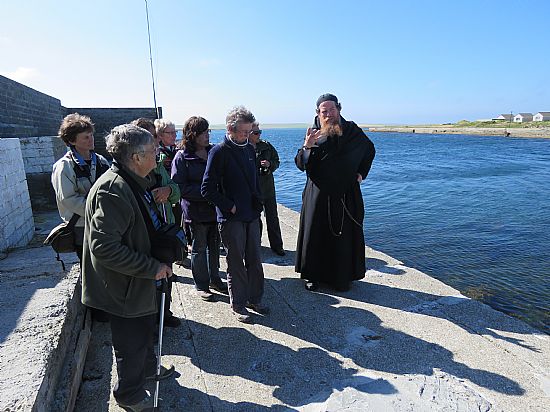 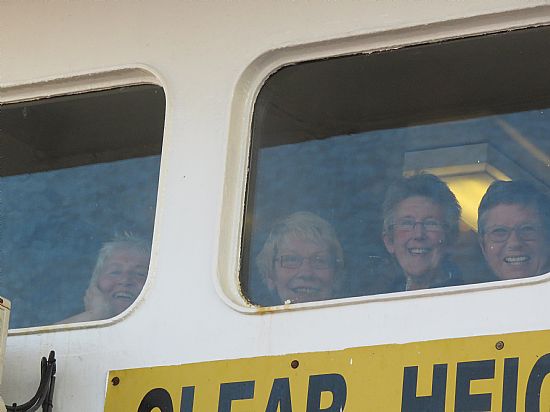