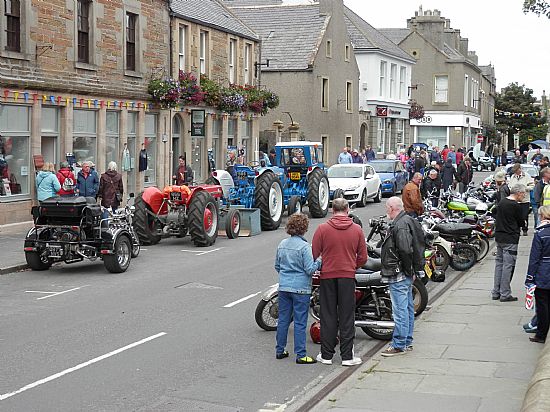 The oldest vehicle on show was Angus Harcus’ Model T Ford from 1915 in contrast to the most modern, a Tesla Model 3 electric car.  This is the new model from Tesla which attracted a lot of attention being less expensive than the Model S, which was also on show.

The WillowBurn Valley Stompers entertained the crowd as they wandered round the exhibits on the street and Kirk Green.  Many were interested in the line up of six Minis, all in beautiful condition, as they have become sought after classics.  Not bad for one of the cheapest cars you could buy in the 1960’s. 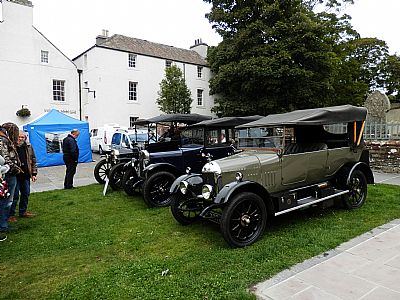 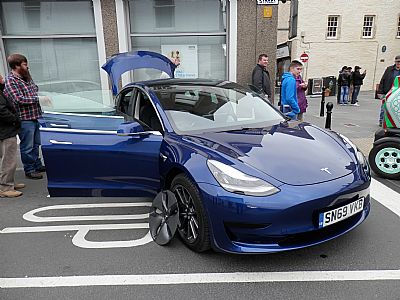 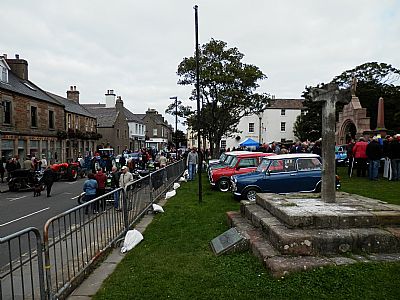