It’s that time of year again and we set off on our Autumn visit to Hoy.  Low cloud and drizzle greeted us at Moaness, but as if by magic, the moment we started out from Rackwick the sky lightened and we were soon casting shadows. However, recent rain made the paths very wet, and all agreed we had never seen such a deep, fast-flowing Rackwick Burn. 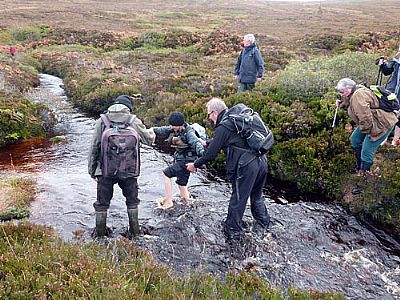 There was much hilarity as we took off walking boots and rolled up our trousers to cross the torrent on our way up to Berriedale; never had so many white, peelie-wally legs been seen at once!

Berriedale is a  remnant of ancient native forest and is wonderful at any time of the year, but really comes into its own during early autumn. We discovered a Fox moth 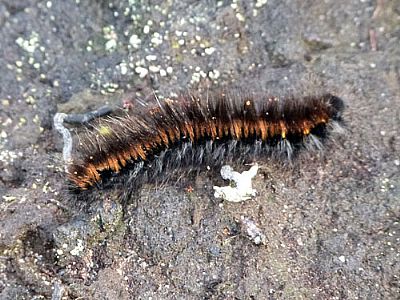 caterpillar (which have become more common in recent years, although the moth itself remains elusive), and Brian also found an empty Vapourer moth cocoon with next year’s eggs attached to the outside.  Several stonechats were seen, and robins and wrens made their presence known by their song.  We identified a range of lichens and fungi and collected some rosehips for propagation. 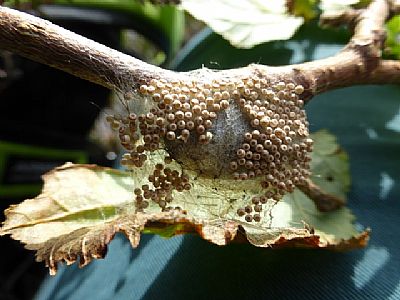 After a lunch stop we decided it was too treacherous to proceed up to the waterfall, and so split into several groups with some folk opting to just sit and enjoy the view from above the glen, others ascending higher towards Segal, and others busying themselves collecting native Juniper berries for a project co-ordinated by the Kew Millennium Seedbank. 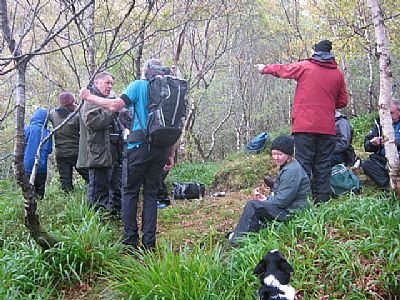 Our descent back to Moaness included several diversions: searching for migrant birds in the wooded garden at Burra, refreshments at the Hoy Kirk and exploring the beach and tidal zone of Creekland Bay.

The group included a wide range of expertise: with perhaps Orkney’s youngest moth expert, a marine biologist, a clutch of RSPB members, a botanist and a tree expert - all happy to share knowledge in fun, friendly manner. We enjoyed the sunset (and a very bumpy ride) back to Stromness after a long but rewarding day.