On Wednesday 23rd July 2014, eleven club members gathered for an evening walk to Russadale from Happy Valley up to the old quarry, with the aim of recording as many plant species as possible. After several beautifully warm days, the weather gods must have decided enough was enough and our hardy band had to endure a particularly damp haar, driven on by a stiff southerly breeze. Not exactly ideal botanising weather, eh?

Armed with the previous list for the area, though sadly without a Weatherwriter to protect it from the elements, the gentle ascent of Russadale was punctuated with frequent pauses to record the species seen. Various plant families, which have several species present on Orkney, gave rise to interesting and informative discussions, including willow, heather, thistle and willowherb.

At the quarry, we gained a little relief from the weather and set about exploring the 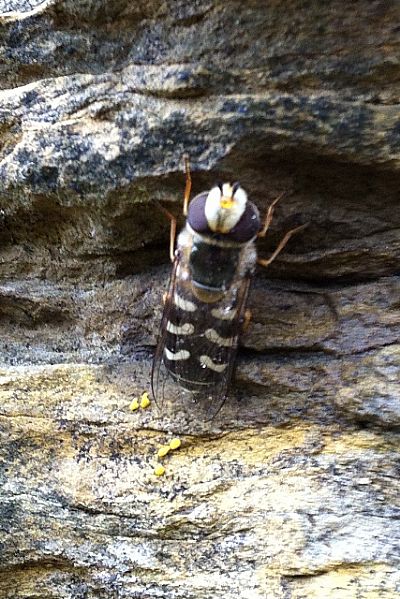 sheltered banks for some of the smaller plants that exist in this habitat. Just as we were about to leave, a Milkwort (Polygala) species was found on a cliff face and, as many pairs of eyes were deployed upon the rock, a whole array of other wildlife was discovered. Beside the Milkwort was some 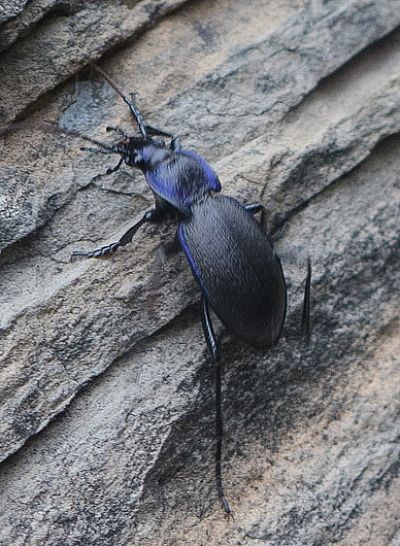 New Zealand Willowherb (Epilobium brunnescens), a little further along was a liverwort species and then an ant was spotted. More intense scrutiny revealed several mosses and a hover-fly (possibly Scaeva pyrastri), whilst lower down the rock face, a non-descript caterpillar, a large purple beetle (apparently Carabus problematicus, the Violet ground beetle ) and even a small frog were found.

The lack of good lighting and the wet weather meant that few cameras had been brought along to record this wealth of wildlife. But, oddly, it was discovered that it is possible to be too close to your subject. 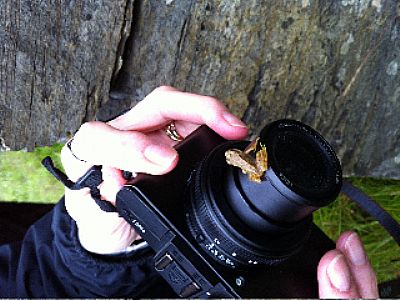 Returning the way we had come, there were brief views of a smart male Stonechat (Saxicola torquatus) as we made our way back to the car park at Happy Valley. Whilst the meteorology took one final opportunity to show its whimsical side, with a small patch of distant sunlight traversing the Stenness area, prompting a light-hearted chorus of “Can we go and look over there?”

In all, our total plant species count was 54 which, bearing in mind the conditions, was considered a reasonable return.