On Sunday, 17 of us (plus Asha the dog) took our annual autumn expedition into Berriedale wood on Hoy. This woodland is renowned as the most northerly native woodland in Britain and is a very beautiful patch of native woodland nestling in a steep gulley amidst the exposed sweep of the Hoy moorland.

Apart from the trees (Downy Birch, Rowan, Aspen, Hazel, Willows and Wild Roses), the wood has a wonderfully rich groundflora, including many mosses, as well as many fungi and lichens and is of course, also a haven, providing shelter and food, for passing migrant birds.

The weather was calm, mainly overcast, but mild, as we took the boat to Moaness, followed by the minibus towards Rackwick (thanks Adam) and walked from that end of the valley footpath, finally striking off towards Berriedale. It was a bit muddy underfoot and several of us were grateful for a helping hand during burn crossings. Eventually we reached the magical environment of the Berriedale woods, which were in soft autumn colours. This year, the rowan berries seemed to have mostly disappeared already, although the rose hips were clinging on.

Whilst stopping for a coffee break near the bottom of the

woods, we were thrilled by the brief call and fleeting glimpse of a Great Spotted Woodpecker. (The picture below is of one taken by Brian Ribbands at his place in Rendall).

Nearby, on a Downy Birch tree, was a lovely example of Birch Polypore (or the razor strop fungus). It seems that this was used in the past to sharpen cut-throat razors. Interestingly Ötzi (the ‘Iceman’) had some of this fungus on his neck thong, possibly kept for its antibiotic effects? 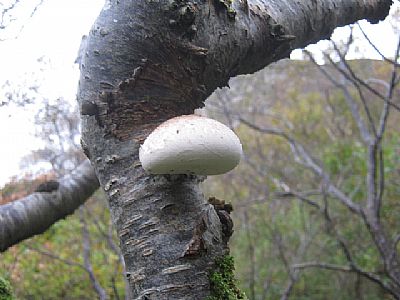 We then progressed slowly up through the woodland, until we eventually arrived at the waterfall. Here, we enacted the long-standing Field Club tradition of seeking out the elusive patches of Wilson’s Filmy Fern, a tiny, but beautifully delicate little fern that grows on some moist rock faces in this area.

It was a very enjoyable day and it was particularly good to welcome some new folk along, as well as the ‘usual suspects’. We very much hope they’ll join us again! 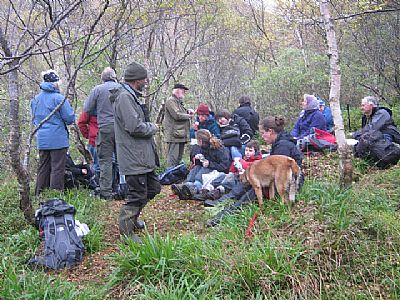 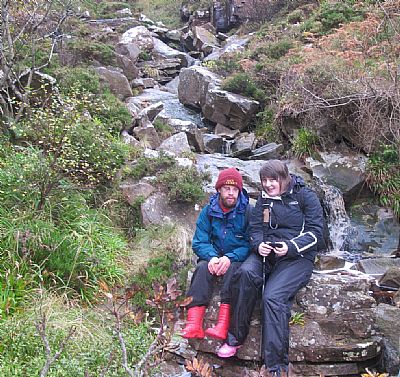 For anyone who missed our Berriedale trip, there’s a chance to get there again soon as part of the Autumn Nature Festival being run by Enjoy Wild Orkney - see http://www.orkneycommunities.co.uk/ORKNEYNATUREFESTIVAL