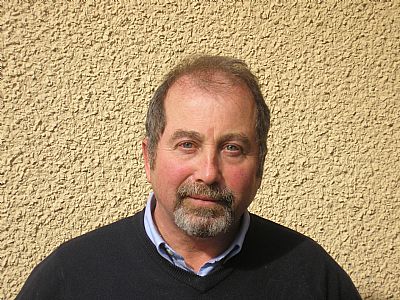 I moved to Orkney 25 years ago, with my wife and family to take up the post of Housing Manager with the Council. I had spent the previous 10 years managing a multi-disciplinary team within an inner city borough in the English Midlands.

In 1994 I became a Chief Official, managing the housing and homelessness service as Assistant Director, and held this post until I retired from Local Government Service at the end of 2011.

On retirement I was approached by Alistair Gordon and Bill Stout to join them as the third member of the Orkney Manifesto Group and was delighted to be able to work with two like-minded individuals, both passionate about Orkney and committed to public service.

I was honoured to be chosen by the electors of the Kirkwall West and Orphir Ward in 2012 and delighted that my two OMG colleagues were also elected in their respective wards.

We held a shared belief in transparency and openness and collaborative working and pledged to work toward delivering our mutually agreed Manifesto. It is my belief that we have remained true to these original aims. Sadly, we lost Alistair in 2015 but were delighted that his seat on the Council and within the OMG has been taken by our highly regarded colleague, Rachael King.

Since being elected I have served as Chair of the local Licensing Board and Licensing Sub-Committee and was honoured to be appointed as one of the Council's three voting members of the Integration Joint Board which seeks to provide effective and efficient health and social care services to those in need.

I remain passionate about social justice and housing related issues and recognise the significant challenges we all face from reducing budgets and increasing demand for services.

In addition to my Council duties I am a Director of Hi-Scot Credit Union, an ethical financial institution, and a Director of Orkney Islands Property Developments Limited, Orkney's largest private sector landlord.

I live in Kirkwall together with my wife of 41 years, Eileen and we have three sons, Ben, Joe and Tom. Ben and Tom live and work in Edinburgh but Joe recently relocated back to Orkney and he and his wife have two little boys, Zak and Archie (the first child born in Orkney in 2017). A third grandchild is expected in September.

As far as hobbies and interests are concerned I love watching sports, cinema, reading and I remain a lifelong fan of the Baggies (West Bromwich Albion).

It has been an honour and a privilege to serve the people of Orkney for the past five years and I would pledge to work hard, if re-elected, to ensure we protect the most vulnerable and do all in our power to protect and develop the wonderful communities throughout these islands.

I believe it is important that you know what your candidate believes in and stands for and would ask that you refer to our Manifesto.