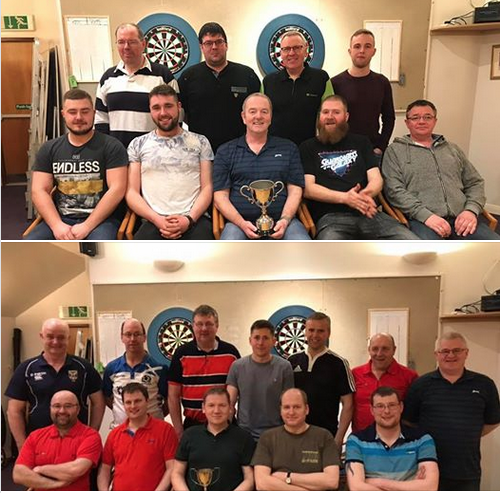 The league matches maybe be over the season, but there are still a number of important fixtures to be played before the end of the KDDL darts season.

There was victory for both the East A and B darts teams in the annual East v West matches held in the Stromness Golf Club on Friday night.
In the annual encounter, the scores were 16-2 in the A match, and 12-6 in the B fixture.
On the night, East A captain and league president Craig Taylor thanked the West Mainland Darts League and Stromness Golf Club for their hospitality.

Prior to that, and following on from the final rankings tournaments, the teams to play against Shetland were also finalised.
The team to represent the KDDL in the first ever B league inter league match are: Captain: Robbie Norquoy, players, David Henderson, Jaime Drever, Erland Ritch, Kevin Sarling, Karl Scott, Stevie Garner, Brian Stevenson, Stevie Low, Nicol Gray, Derrick Firth, and Jaime Rendall.
The match will take place in Whalsay on Saturday, May 4.
The KDDL Orkney team to take on Shetland was also finalised, being:  Captain: Craig Taylor, players: Kevin Gray, Leigh Shearer, Stevie Linklater, Ivan Leslie, Robbie Stanger, Ian Linklater, Alan Gray, Paul Foubister, Derek Firth, Ryan Tulloch, Brian Moar, Wayne Monkman.
Reserves: 1. Kevin Peace 2. Brett Dickinson, 3.Gary Wilson 4. Ian Findlay.
The match takes place in the Kirkwall Legion on Friday, April 26. With the home team keen to extend their winning run to nine in a row, after setting the eight in a row record last year, Shetland will no doubt be trying all they can to stop them.

This Friday the annual Royal Cup takes place in the Legion at 7.30pm. It is open to both A and B league teams, with a plate competition also planned. Let's hope for a good turnout for this, the last team league cup fixture of the season.

The following Friday is the first of three charity cups played towards the end of the season, the Steven Flett mixed doubles.
Money raised at that, as well as at the May weekend charity doubles on May 3, in the Masonic, and the Tattie Bogle Charity Shield - which will take place on the darts trophy presentation night on May 11 in the Masonic - will go towards heart screening of young people in Orkney.
Donations from the events will be paid into Freya Dalrymple Memorial Fund at Cardiac Risk in the Young, and will go towards funding future local screening events.