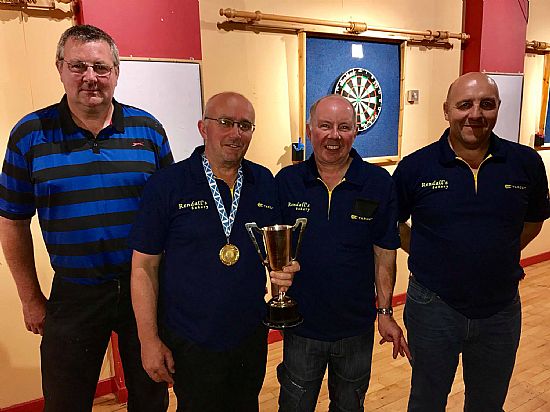 THE first of the A and B combined cups, the Spiers Cup, took place last Monday in the Kirkwall Masonic.
With the longer team format, and a pretty good entry of 12 teams it dragged on until close to midnight.

Nevertheless, there were some good darts on show and some good performances from the B lads.

One of those B teams managed to nip through to the final, but Shapinsay were just narrowly outgunned by the Orkney Golf Club, who have now won the first two cups of the season and certainly seem to be up for the title challenge this year.

This Friday sees the Legion play host to the Cricket Singles and Doubles competitions.  Stevie Linklater will no doubt be eager to retain the singles title he claimed last time around, while Brian Moar and Stuart Thomson will be hoping to do likewise in the doubles.

The 301 double start cups take place on Monday and Tuesday next week.
While next Friday sees the inaugural Jimmy Miller Open Singles Cup held in the Legion, generously donated by the Miller family.

Jimmy was a huge character in his 50 years participation in the local darts scene and it will no doubt become a much sought after title amongst the darts players in Orkney.