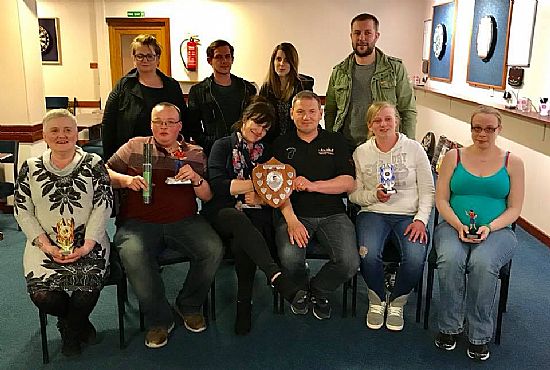 The annual Tattie Bogle Charity Shield took place in the Kirkwall Legion on Friday night, when Mark Shearer and Vanessa Robertson beat Brian Stevenson Jnr and Sarah-Jane Marwick in the final.
Prize board winners were Rosie Davidson and Nikita Scollie.
KDDL league president Craig Taylor said a huge thanks to everyone who generously donated prizes for the raffle, and helped on the night in any way.
£364.40 was raised for Eunson Kloss Residents Association which will be added to the £187.50 raised at the Steven Flett Memorial Darts for the same very good cause.
The last darts fixture of the season takes place on Saturday.
It is the annual trophy presentation night and the usual fun mixed doubles darts - names out of the hat.
Let’s make it a good night with a good turnout! It gets underway at 8pm in the Kirkwall Masonic.
Registration books for the 2018/19 season will also be available on the night from KDDL committee members.