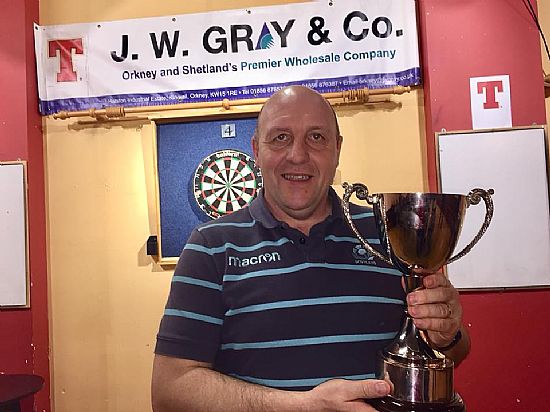 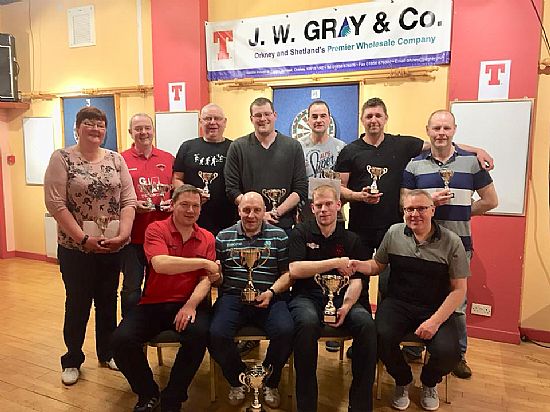 Organised by Kirkwall and District Darts League, the biggest cash prizes in Orkney Darts were up for grabs thanks to the sponsors.

Joining local players in the packed Masonic Club in Kirkwall were a strong contingent from Shetland, joining 12 players who made the long journey up from the Scottish Borders, as well as players from other areas, including Aberdeenshire.

Kay Peace made it to the last 16 of the competition, before being put out by Stevie Linklater, winning her the top lady prize of £100. Robbie Norquoy won the furthest progressing B player £100 prize. He too was halted by Stevie, in the quarter-final stage.

In the other quarter finals Shetland's Gareth MacRitchie took out former winner Kevin Gray 3-2, while Brett Dickinson beat Jamie Aitchison from the Borders, by the same score. Defending Champion Ivan Leslie took out Borders visitor Peter Craig 3-1, with a 180 and a 111 finish giving Ivan a 12 dart leg.

In a great atmosphere a strong crowd watched the action as to who would be crowned champion.

So it was an Orkney v Shetland final. Would the trophy go out of Orkney for the first time it the 10 year history of the competition?

This answer was no, as Stevie powered to a 5-0 victory in a one sided final, with Stevie's heavy scoring proving too much for Gareth.
Stevie won the title for the fourth time, picking up the cup and £500 cash. Gareth won £200.
(Stevie averaged 80.81, Gareth 49.03)

Thanks to everyone who took part and for all the generous donations to the bottle stall and raffles.

The committee of the KDDL would like to thank JW Gray & Co and Tennent's for their valued and continued support of the event.