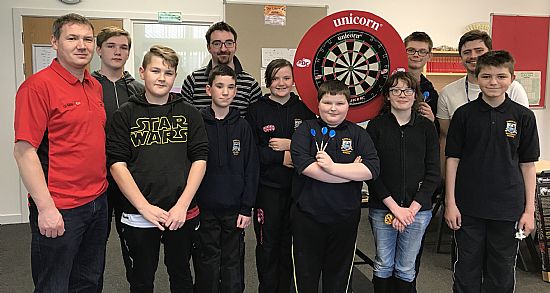 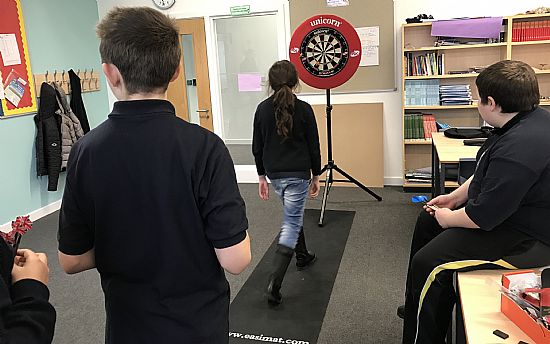 Following a donation of darts equipment earlier in the year a darts club has now been established at Kirkwall Grammar School.
KGS Darts Club now meets weekly during lunchtimes and is regularly attended by about ten to fifteen students, mainly S1-S3, and also a few senior pupils attending.
Teacher Paul Casey, who runs the darts at the school said: "We have some more experienced players who play competitively against one another, and some newer players who are learning the ropes.
"We have been very fortunate to have been gifted a wide array of equipment from the Kirkwall and District Darts League, to whom we are very grateful. We hope to be establishing a new KGS Darts Club League before the end of the year."
If any pupils are interested in joining the Darts Club please speak to Mr Casey at the school.
Craig Taylor, president of the KDDL, said that he was very grateful to so many league players, and players from elsewhere, who recently donated sets of darts and other equipment which he handed over at the school. The league also donated another free-standing board which was given to them by league player Ali Flett.
This was in addition to the free-standing board set ups the league also gave to the school back in August.
He said that at the moment there are 23 teams in the KDDL set up, from Kirkwall, Shapinsay and all over the East Mainland, including Burray and St Margaret's Hope, meaning that well over 100 people (over 18) are playing on a regular basis throughout the winter months.
He hopes that the young players enjoy playing darts at the school, and hopes to see them coming through into the league in the years to come.
He also said that youth darts had proved to be very successful in Caithness, and there is no reason why it can't be the same here.
He also thanked Mr Casey and KGS headteacher Don Hawkins for their support and allowing the introduction of darts at the school.