09 April 2017
East teams do the double in annual encounter 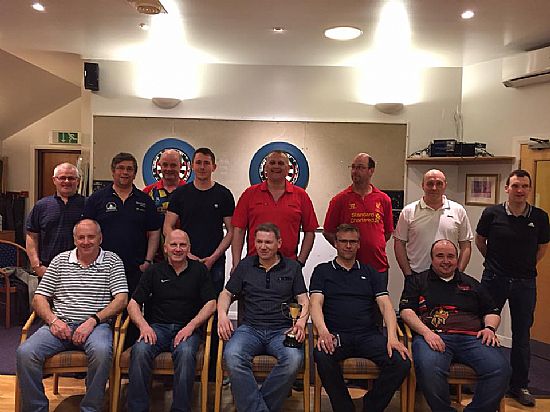 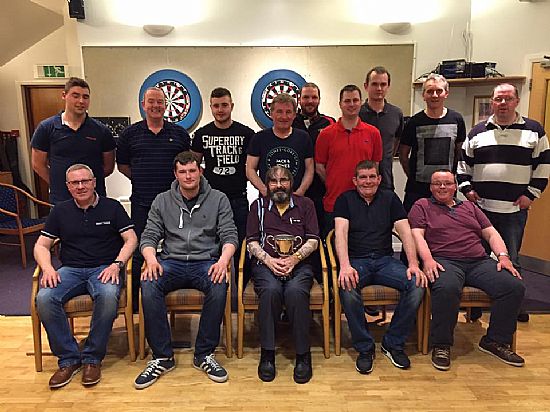 What a great night up in the Stromness Golf Club as both East teams defended their titles won last year. The ‘A’ boys, with a few reserves in the team, didn’t start very well as the West boys held them to three all in the doubles but that was it as the East team won the singles 10-2 for an overall score 13-5 win. The West boys have not won this century and have to go back to 1998/99 for their last success, in fact, since this was started in 1974, the West have only won on seven occasions, overall score 36-7. The East ‘B’ team didn’t get off to the best start either, dropping the first two doubles, then the East won the next four so going into the singles it was 4-2 for the East and very soon it was 7-3 for the East but the West were far from finished and four wins on the trot made it 7-7. The next two wins for the East and only needing two for the win, the West made sure it was going all the way by making the score 9-9 with both teams two games going into the 4-a-side. The East made sure the cup was going back on the bus by winning both the first two 4-a-side games so the winning score was 11-9 for the East.

In the Williamsons ‘A’ League it isn’t quite over yet, the Legion got their point as the Warriors held them to a six all draw. Once again it should have been enough for the Legion with one game to go but the Commodores who have two games to play could equal the Legions points. There was no score from Sanday v Commodores game so it could all come down to games difference. At the bottom the Legion Arrows look like they could be returning to the ‘B’ league after going down 7-5 to the Untouchables who have finished their league games. Who goes down in second bottom spot will go to the last game as Quoyburray ‘B’ lost out twice both by 9-3 to the Warriors and Wanderers. The Golf Club had a 9-3 win over Untouchables ‘A’ so everything is down to the last games.

The Williamsons ‘B’ League is also going down to the last week of the league as last week’s game between the top two, Shapinsay and Quoyburray ended up in a 6-6 draw so Shapinsay take the two point lead into the last game. The Nomads who drew six all with the Bilco Boys could still snatch second spot as they play Quoyburray in their last game but it would be on game difference as there are three between them to Quoyburrays advantage. The battle at the Ola was won 10-2 for the St Ola over the ‘B’ team who have still to gain a point. The Murray Arms had a good 9-3 win over the Muppets and the Vikings last year’s wooden spoon winners have had a good season and beat the Motorhoose 8-4 and should finished in about sixth place.

The first charity event is next Friday, April 14, the Steven Flett Memorial Shield in the Legion at 7.30. It’s an open event and players can enter as a pair or single.