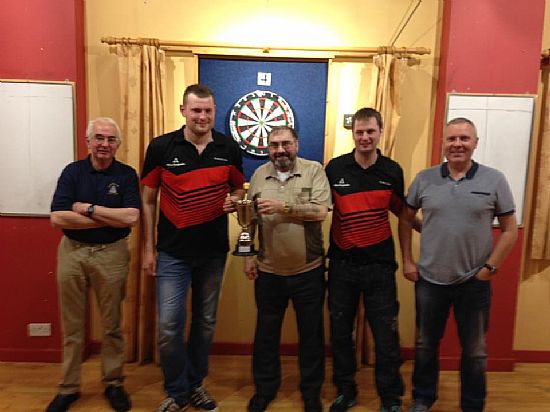 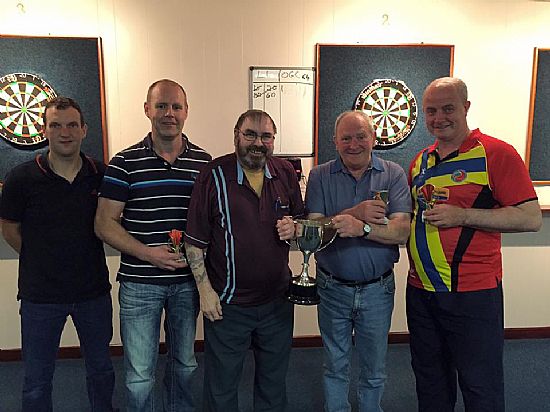 A great turnout for both the Cricket cups with 7 of the 11 'A' team entering for the Lynnfield Cup on Monday night, and there was some terrific darts played.
After last week's first round exit, the Legion were determined that it wouldn't happen again as they disposed of the Wanderers and Untouchables to reach the final where the Golf Club were waiting, and shortly after the Legion came out 3 nil the winners. Jimmy Miller, now the oldest player still playing, collected the cup and it's also the 50th year for Jimmy.
The 'B' Cricket cup, a new cup, attracted 15 teams, last year only one team turned up but the new format seemed to suit the 'B' boys better.
Once again the standard of darts was of the very best and I'm sure the darts this year is even better than last season.
Anyway, the new format allowed team to enter more than one team with the Nomads putting in their teams and it was the Nomads 'C' team that battled their way to the final where the very strong Quoyburray 'A' was waiting but it was a very short and sweet win for the Nomads 'C' by 2-0.
It's unusual for players to score 180s at cricket, but two were scored for the 'A' boys, Ben Hogan and Kevin Gray and three for the 'B' boys, Robbie Norquoy the first for the 'B' players. Also one each for Davy Henderson and Brett Dickenson, all members of the KDDL committee.
With both leagues now underway, there have been some changes in the home venues for some teams with the Quoyburray now closed; the three teams have had to move. Quoyburray to the Masonic, Tankerness to the Golf Club and Quoyburray 'B' to the Tankerness Hall. The Bilco Boys are in the Orkney Hotel. Lists are now up in all venues. Even with good entries for the first three cups, there's been no sign of the Commodores or Quoyburray 'B' in the 'A' games or both the St Ola teams for the 'B' cup.
Hopefully they will turn up for their league games which started this week.