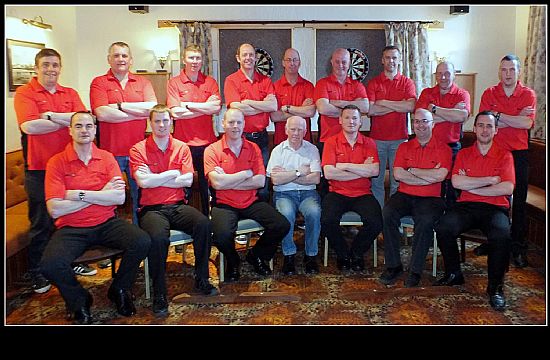 What a weekend of darts, as Shetland arrived for the annual inter-league/county matches and it all got under way on the Thursday, with the Kirkwall Ladies taking on the Lerwick Ladies.

There was disappointment as the Kirkwall Ladies lost out for the fourth year on the trot, by losing the fours, and so went down 11-9.

Then it was on to the men’s match the next night.

In front of a full house, in the Masonic, they turned on the style as the Orkney boys went for five in a row — an achievement never before achieved.

They lost the reserve game, which is always the opener, but this did not count overall.

Brian Moar got the home team off to a great start with a 2 - 0 win over Whalsay’s Philip Mouat. It was 2-0 also for Robbie Stanger over Ronnie Johnson. That was soon 3-0 as Ivan Leslie beat Craig Smith 2-0.

Game four saw Kirkwall’s Derek Firth face up to the Shetland captain and multi-singles winner Neil Redfern, and what a game, as Derek simply blew Neil apart, winning 2-0 with an average score of 100.2.

This was the first time a 100 plus average has been scored in this encounter in 43 years, and rightly won Derek the man of the match award.

Soon it was 5-0 to the Orkney boys as Kevin Gray beat Grant Thomson 2-0. Stevie Linklater made it 6 with a 2 -0 win over Peter Peterson.

No legs dropped as the seventh game started, and it was to be Shetland’s first points as Roger Irvine beat Ian Linklater 2 -0.

Kirkwall were soon back on the winning trail as Ian Wilkie took full points with a 2-0 defeat of Barry Cooper, that became 8-1. Then Neil Croy took out Frank Watt 2-0 ,followed by a 2-1 win for Bruce Moar over George Smith.

That made it 9-1 — only needing two more for a famous victory. But that was halted as missed doubles by Billy Ward saw him beaten 2-1 by Stuart Paul.

But there was no let up from the Orkney boys as new cap, Jim Brown, quickly made it 10-2 with a 2-0 defeat of Kevin Llewelyn.

So one was needed going into the doubles and hopes were high as the Orkney doubles champions, Kevin and Derek, took to the stage.

But surprising missed doubles saw them go down 2- 0 to Roger and Grant. Was Shetland going to stage a dramatic comeback?

It looked on when Philip and Ronnie took the first leg off Bruce and Brian.

But the Moar boys are never beaten until the last dart is in the board and it was them who hit the last dart for a 2-1 win and, of course, a winning score of 11-3 and five in a row.

Its not a record score, that stands at 11-2, a score both sides have achieved in the past.

Also on the night two special presentations were made. Vice-president Kevin Gray presented KDDL president and team captain Craig Taylor with a specially engraved quaich on behalf of the KDDL to mark his 20 years service on the committee. 11 of those have been in the post of president, making him the longest serving president in the history of the league, and second longest serving committee member, with Jim Scollie a founding member from 1967.

Richard Polson was also presented with a certificate for recording the averages at the annual encounter for over 10 years.

The next day saw 81 players turn out for the Anniversary Shields fixtures in the Legion, 49 men and 32 ladies. Unfortunately both tiles headed north, with Neil Redfern beating Ian Wilkie 4-1 and Iris Anderson beating Linda Harcus 4-1, but was a great end to a great weekend.

It’s back to the charity darts on Friday night, with both ladies and gent’s doubles being played in the Masonic Club. Names by 7.30pm. The Mintlaw team, from Aberdeenshire will be taking part. Then, next week, on Friday, it’s the Tattie Bogle mixed doubles in the Legion. Names by 7.30pm.

Seven top professionals will be playing in the Picky Centre on Saturday, August 29. They will play local qualifiers. Qualifiers games will be played shortly — dates still to be confirmed.

Tickets are on sale from the Brig Larder as from Friday, May 1.

There will be a committee meeting on Wednesday, May 6, in the Masonic. 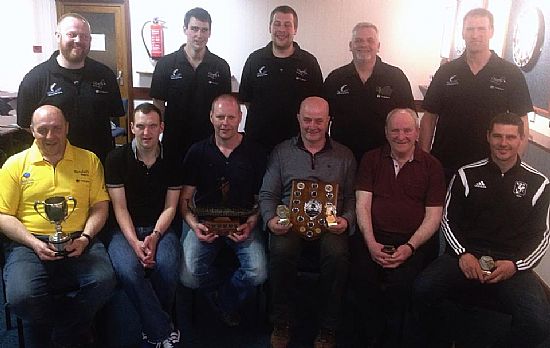 The Orkney Championship play-offs wee held in the Legion last week with the KDDL Champions, The Legion, taking on the Merkister, the West Mainland champions.

It was a game dominated by the Legion and they ran out easy 9-3 winners.

Another win for the East champs by 3-1.

The singles play-off between the East champ Stevie Linklater and Paul Foubister for the West with Stevie winning 3 nil. So it was a whitewash for the East champions but a big thankyou to the Merkister for playing as it wasn’t played for last year.