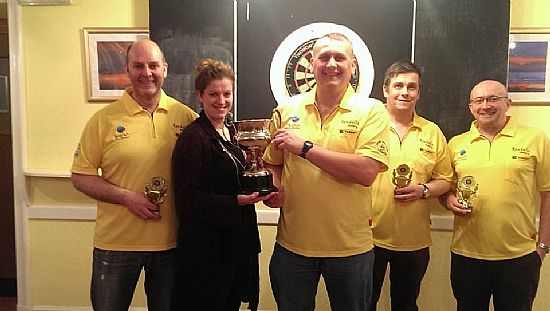 There was another great turn out, this time for the Royal Cup.

Fifty-four players making up 13 teams. Eight ‘A’ teams and 5 ‘B’ teams took part.

It was the ‘B’ teams who supplied the shock results, with Tankerness putting out the Legion 4-3, and the Masonic beating Sanday.

The Tankerness boys then made it to the semi-final, ran out of steam against the Golf Club.

That meant that the Golf Club were in another final and waiting there was the Commodores who had beaten Wanderers in the other semi. The OGC boys took the cup home with a 4-2 winning score.

It’s now on to the next ranking event, the E. R. & T. Craigie Singles on Friday. It’s out in Quoyburray and is for registered players only.

With both leagues now underway team captains are reminded to have the score cards in to the Legion Club by 12 noon on Saturdays — no card, no score, no points.