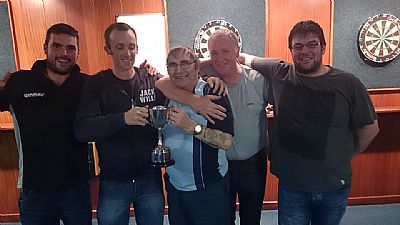 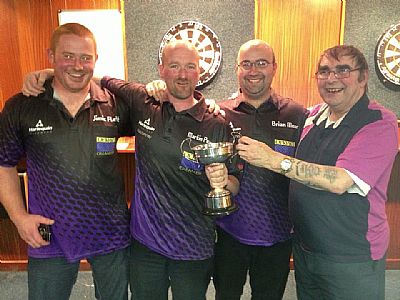 A very good turnout for the first two cups of the new season.

Eight of the 12 ‘A’ teams entered for the Allied Hotels Cup and, with the Wanderers and Golf Club doubling up, ten names went into the draw and, if the standard is anything to go by, it could be a very good season, as the darts were very good.

Lots of the games went to the play-off games and that included all of the Wanderers ‘A’ games, as they saw off Sanday and the Legion, to make the final, where the Golf Club were waiting.

They had wins over RBLM and the Untouchables; both 3-1 wins to make the final, and it was a final of very high standard.

It went to the play-off, with Brian Moar beating Stevie Linklater to win for Wanderers ‘A’.

The next night nine of the ten ‘B’ teams entered for the St Ola Cup — only the Shore failed to turn up.

Some very good darts early on with St Ola and the Murray Arms getting to the final. Maybe it was too late at night but the final never reached the standard showed earlier.

In the end the Murray Arms won by a play off, 3-2, after both players had missed lots of doubles.

It’s on to the leagues now. So will the Legion make the 100 not out? They stand on 89 and haven’t tasted league defeat since January 2010, but they have lost one of their star players in Ivan Leslie, who has left for the Sanday team. Indeed, they could be the ones to watch, or will it be the Golf Club, or maybe the Commodores.

There’s quite a few teams capable of taking the title including the Untouchables, who have been boosted by the signing of Ian Linklater from Stenness — time will tell.

The Williamsons ‘B’ League should also be very close, but with Shapinsay and the Murray Arms back in the division, it should be a tussle between them both. There’s two new teams in the shape of the Masonic and Muppets, who will be playing out of the Royal bar, in the Orkney Hotel.

With the league games due to get started, players are reminded to write 180s and high finishes on the back of scorecards and return them to the Legion Club by noon on the Saturday after a match.

With Shetland due to visit Orkney this season, there’s sure to be a big interest in the ranking points events.

The first which is the Louttit Singles on Friday, October 10, in the Legion Club, is for registered players only. The only open competition is the Festive Singles in December.