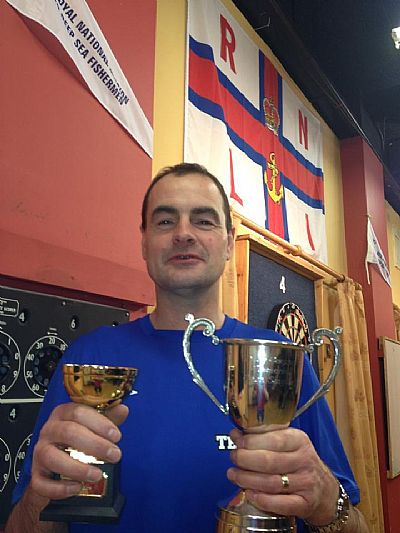 All the postponed games in the Williamson’s ‘A’ and ‘B’ Leagues have now been played but none of them changed the top placings in either league, so the Legion still lead the Williamson’s ‘A’ League after inflicting the first defeat on the Golf Club — but only just, as the score was 7-5.
Still up there with them is Sanday, who also won 7-5 over Quoyburray ‘B’.
The highest score of the week came from the Wanderers, 11-1 winners over the other Quoyburray team, who have no points up to now. And staying with them on no points are Meadowbank, who went down 8-4 to RBLM.
It was a poor week for both Untouchables teams, as both went down. The ‘A’ boys lost to the Golf Club, who had two games, and the other Untouchables lost out to the Commodores.
In the Williamson’s ‘B’ League, Shapinsay are dominating and are still undefeated after a 8-4 defeat of the Shore.
The Sands are in second spot with an 8-4 defeat of the Bilco Boys, but level on points with them are the Murray Arms, who had a good 8-4 win over the Likely Lads who had better luck in their postponed game with Deerness, the score was 8-4.
Deerness didn’t fair any better in their other game, as they lost out 9-3 to Tankerness, who are lying in fourth spot.
The two new teams clashed and it was the Legion Arrows who came out on top with a 10-2 defeat of the Nomads — their worst defeat of the season.
The Sands ‘2’ picked up their first point of the season by holding the Shore ‘2’ to a six-all draw, but they are still in bottom spot.

Forty-six players turned up for the Davy Cooper Memorial Singles.
Down on last year, with quite a few of the top players missing, including the defending champion Bruce Moar. But it didn’t distract from the quality of darts.
There were some great games and, with it being the best of three legs, some notable names fell early on.
Only one of the three young ladies who entered made the second round, and it was Kelly Harcus who went out in the next round to the player who made the final, and by the semi-final stage, it was very familiar faces left. Three from Kirkwall and one from the West.
It turned out to be an East v West final, as Ivan Leslie beat Derek Firth in the one semi-final and Mal Reid beat Mike Bain by the same score in the other.
The final was about as one-sided as the score of 3-0 would suggest, as Ivan blew Mal aside, averaging 85.8 to 68.4.
The two charities, the RNLI and Fishermen’s Mission will receive £300 each.
On Friday, in Stromness, the RBL Kirkwall will play RBL Stromness for last year’s Orkney Championships.
The Jim Scollie Masters Singles is in the Legion next Friday, and it is a ranking points event.