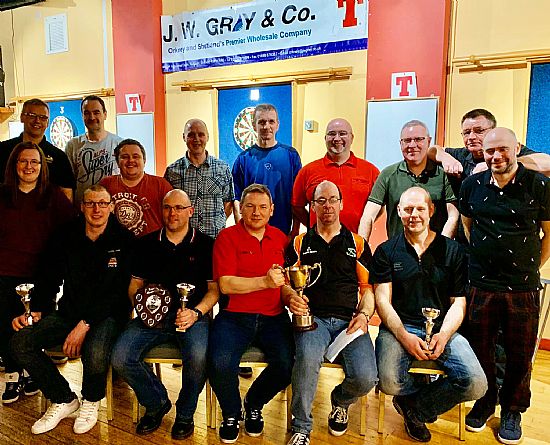 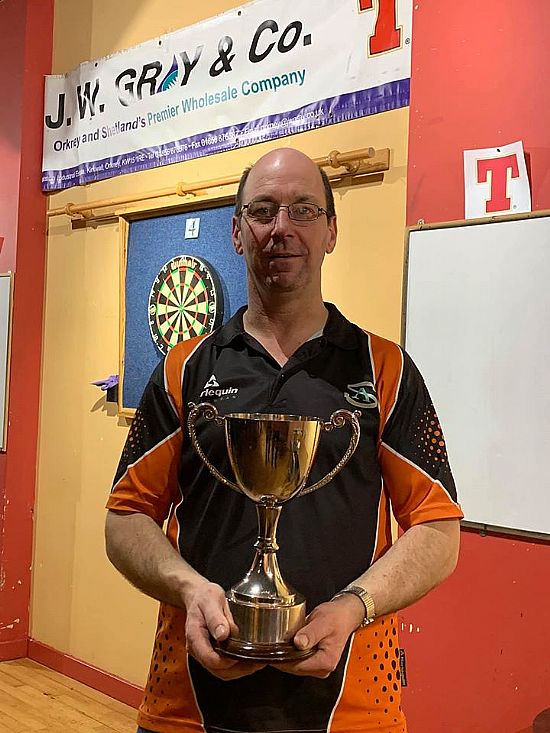 Saturday, Match 7, saw the flagship event of the KDDL calendar, the 2020 J.W.Gray & Co Tennent's Kirkwall Open, taken place in the Masonic.
Although down on previous years, the entry of 83 was still very healthy and made for a great competition.
Men and women from all over Orkney entered, as well as competitors from Shetland, Caithness and as far flung places such as The Borders.
It was refreshing to see people from literally both ends of Scotland sharing a dram and a yarn, creating a great atmosphere in the venue, with some great matches in store.
As always, some big names met early on, meaning some local favourites didn't progress as far as they would have liked.
£100 was on offer for the lady who progressed the furthest and that title was to go to Gemma Irvine from Whalsay in Shetland, who reached the last 32, losing out to fellow Shetlander Stuart Paul.
Another £100 was up for the furthest KDDL 'B' player and both Lee MacPherson and Derek Ward reached the last 16, meaning a best of 5 playoff was required. Derek went 2-1 up but Lee rallied to take the prize by three legs to two.
By semi-final time, there was an all Orkney affair in one, and a Shetland v Borders matchup in the second.
Ian Linklater won an enthralling encounter with last years champion Kevin Gray to progress, while Stuart Paul dispatched last years runner-up, Keith Hood from The Borders, to meet Ian in the final.
After a long day of darts there is usually only a small crowd for the final, but this year the bulk of those who entered remained, creating a real buzz and a great atmosphere for it.  Ian was cheered on by a vocal bunch of vocals, but Stuart was receiving great support from the Whalsay contingent whose volume made up for their shortage of numbers!
The final started slowly as nerves were evident, but after Ian took the first leg, Stuart hit back with the next two.
Missed doubles allowed Ian to take the fourth and he never looked back from there, taking the final leg in only 14 darts, much to his delight after twice being a losing finalist.
Ian's endeavours earned him not only the title but also the £500 first prize, whilst Stuart pocketed £200.
180s on the day:  Robbie Norquoy, Keith Hood, Derek Ward, Kevin Peace, Derek Firth, Craig Taylor, Kevin Gray, Stuart Paul (two) and James Flett (two).  Steven Hood scored 174 whilst Brett Dickinson hit 177.
High finishes on the day:  Brett Dickinson 100, Paul Reap 112, Erland Pirie 118, Ian Linklater 120, Stuart Paul 130, James Flett (100, 100) and Richard Thain (102, 150).
Meanwhile in league action, the Tigers have sealed the 'B' league crown following their win over Quoyburray 'B'.
180s were scored by: Ian Munro, Ian Findlay, Alan Gray, Paul Foubister, Erlend Lennie, Paul Firth, Craig Taylor, Ian Linklater, James Flett, Kevin Sarling, Lee MacPherson, Andrew Rendall, Pete Mathieson, Erlend Eunson, Wayne Monkman (two), Billy Ward (two) and Graham Firth (two).  John Thomson scored his customary 171 whilst Paul Foubister and Ryan Tulloch both scored 177.
Ton-plus checkouts came from: Andrew Moar 100, Ian Linklater 100, Kevin Gray 101, Gary Norquoy 102, Steven Low 102, Robbie Norquoy 110, Wayne Small 119, Ian Eunson 120, Ryan Tulloch 120, Jamie Marwick 123 and Ian Munro (109, 139).