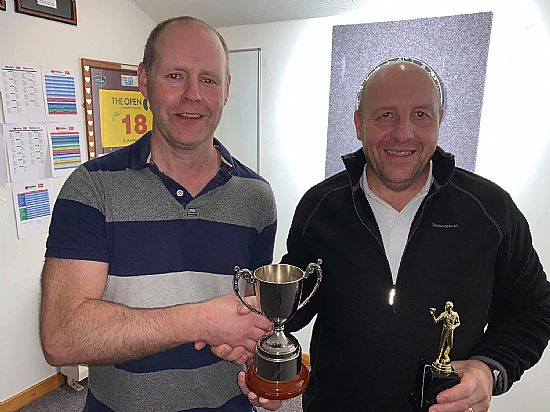 Last week saw the fourth week of play in the Williamsons Butchers sponsored KDDL leagues and the Commodores remain top of the shop, but were pushed all the way in their win over Shapinsay.
The Ola remain second with a thumping victory over Bilco Boys but are tied on points with both the Legion and Sanday. The Golf Club played host to the Legion, but lost out in another high quality match while Sanday only just scraped past the Nomads.
The Wanderers took on the Untouchables with only three men available and did well to find themselves level pegging at the break, but the second half saw the Untouchables step up a gear to record a victory.
The Tigers had their bye week in the 'B' League which allowed the Young Loons to go clear at the top for the first time in their short history with a comprehensive win over Quoyburray ‘B'.
The Tigers remain second with Quoyburray moving into third with an 11-1 win over the Muppets. The Arrows had a good win over Shandy Bass whilst the Vikings had a slightly narrower victory away to the Sands.
A score from last week’s matches which had been missed was RBL2's win over Quoyburray 'B' with Daryl Robertson posting an 11 dart leg for the victors.

Forty players toed the oche in the Orkney Golf Club on Friday for the second of this season’s ranking events, the Pitstop Cup.
The draw once again threw up some interesting ties but there were a few surprises come the latter stages. Young Steven Low threw tremendous darts early on and fully deserved his quarter final place, but ultimately came up short against a rejuvenated Bruce Moar.
Ryan Tulloch did what he needed to do to set up a last eight tie with Stevie Linklater, but couldn't get the better of the wily old campaigner.
Brett Dickinson and Kevin Sarling had both been playing well, with Brett triumphing in their quarter tussle.
The first semi-final between Kevin Grey and Bruce was over in double quick time, with Kevin winning 4-0 but Bruce was never far behind in any of the legs. The other semi-final saw adrenaline get the better of Brett as he missed several darts in most of the legs to dispatch Stevie, eventually losing out 4-2.
With two of Orkney's finest players contesting the final, it was expected to be a close affair. Kevin set the tone starting the match with a 180, and checking out the first leg in 14 darts.
He was callous with his big scoring and immaculate with his finishing, which was causing Stevie to try harder, which is never easy to do without tensing up too much. This seemed to be the case as Kevin checked the second leg with a 156, and soon racked up a third. Stevie could summon up no reply to the immense darts Kevin was playing, with a fourth leg coming soon after.
The fifth would be no different as the watching crowd were enthralled by the darts on show, willing Kevin on to achieve a 90-plus three-dart average. One missed dart at tops robbed him of that achievement, but an 89.46 average and a whitewash over one of his closest competitors over the years was enough to take the title, having never dropped a leg all night!

On Saturday it is the annual fundraiser for the Fishermen's Mission and RNLI. It's the Davy Cooper Singles, held in the Masonic, names by 1.30pm. Donations for the raffles very welcome.