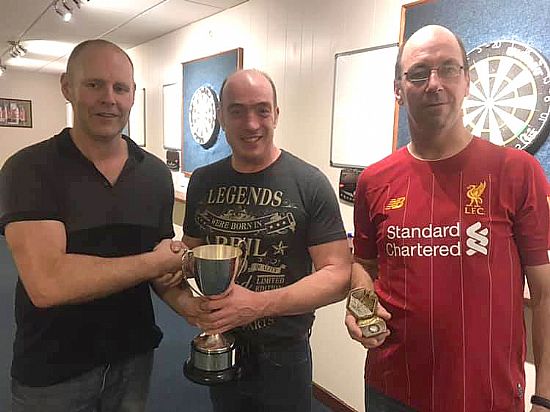 The KDDL league season, kindly sponsored by Williamsons Butchers, kicked off last week and defending champions the Legion wasted no time in rushing to the top of the table with a convincing win over Nomads.
Joining them at the top are The Ola who put 10 past the Wanderers. Sanday and Exiles beat Untouchables and Shapinsay respectively, with a humdinger of a match between Orkney Golf Club and Commodores ending in a draw.
Down in the 'B' league the Tankerness derby between the two Quoyburray teams also ended in stalemate.
The Tigers set out their stall for the season winning quite a few of the team cups, and they thrashed the Muppets to go clear top.
The Young Loons will be hoping to continue their steady improvement over the past seasons and saw off new boys Shandy Bass in the Ola derby.
The Arrows dropped back into the 'B' league and began their quest to gain promotion with a steady victory over Tankerness, with RBL2 matching their score over Sands.
42 players took part in the Louttit Singles in the Legion on Friday night, the first of this season's ranking points competitions to select the team to face Shetland at the end of the season.
The computer threw up a bottom heavy draw, which left the boys in the top half with a great chance to grab some early points, although nowadays there are simply no easy games.
After a disappointing debut campaign last year, Erland Ritch found some found and made his way to the semi-finals, where he ultimately was outshone by Ian Linklater who triumphed 4-0, reaching his fifth consecutive final in this particular competition!
In the bottom half, both Stevie Linklater and Kevin Gray had overcome a lot of tough matches prior to their semi, which Kevin won 4-2.
With both finalists having played some scintillating darts throughout the night, a mouthwatering final was predicted.
However, despite both players scoring heavily, poor finishing saw the averages of both players dip south of the 60 mark for long periods of the match.
Averages do not win finals however, and it was Kevin who hit the vital doubles, rounding off a 5-0 win with two consecutive 15 dart legs.
Graeme Louttit presented the trophy on behalf of the Louttit family, who have a long family connection with the KDDL, and gave a rousing speech to the players, noting the improvement in standard over recent years.
Next Friday the Legion plays host to the Tom Notman Singles, which is open to any player that has ever been registered in the KDDL.  It's format is double-start 301, best of 3, all the way through to the end of the cup. Tom was one of the founding members of the KDDL and spent many years on the committee, as well as being a notable player of his time.