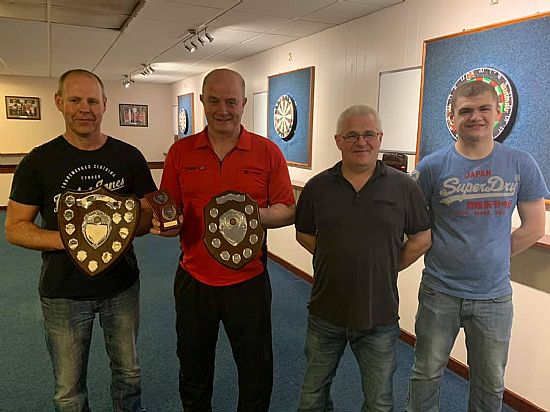 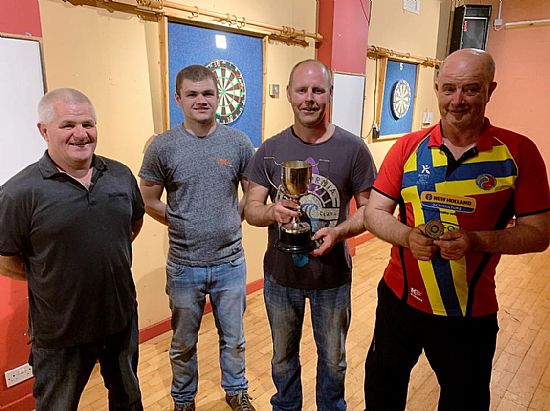 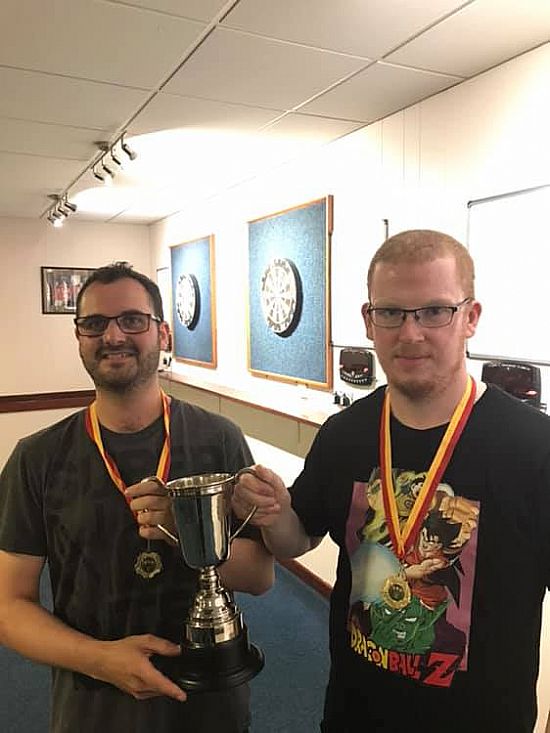 Foubister Cup winners were Ben Johnston and Sam Caithness of the Vikings.

It has been another busy week of cup fixtures in the KDDL.

On Monday night, the Legion claimed more silverware, this time winning the Lynnfield Cricket Cup for ‘A’ league teams. They beat Orkney Golf Club in the final 3-1, after a competition which saw six teams enter.

Last Tuesday saw the The Foubister Cup for ‘B’ league teams being played in the Legion. Nine teams entered.

Winners on the night were Ben Johnston and Sam Caithness for the Vikings, who got the better of Nicol Gray and Connor Crawford from the Young Loons. The final was very close, and went to the deciding doubles match.

The format changed on Friday night to cricket, in which one side takes out wickets with bulls and 25s, while the other tries to hit as high a score as possible, before being put out as the wickets fall, before the roles are then reversed.

Kevin, in particular, played some outstanding darts on the night, at one point in the singles hitting five consecutive bulls to take out his 10 wickets.

180s and high finishes from this week will be added into next week’s report.

The league fixtures begin next week, the week beginning Oct 7.