The information on this page has been collated by our Secretary, DeLille Diamant.

It was probably around 1870 that golf began to be played in Stromness on a nine hole course at Wharbeth. It was a natural links course.  There were no fairways, as we know them today.  The grass over the whole course was cropped short by rabbits.  The game became very popular with both men and women, in spite of the long walk they had to take to get there, before they could start to play.
In November, 1923, the farm of Ness came on the market. Two keen members of the Golf Club, George (Doddy) Robertson, later Provost of Stromness, and Tom R. Mowat, Bailie of Stromness and proprietor of J. B. Rosey’s shop, happened to meet at the foot of the Church Road. They agreed that the farm would make a splendid golf course. This was on a Thursday and the sale was on the Saturday. Bailie Mowat immediately set about raising the needed money. A £700 grant had already been obtained for extending the Wharbeth course to eighteen holes. That was applied to the project, plus guarantees of £1,000 from sources which included local merchants and businessmen He went to the Mart and bought the farm for £1,600.
Doddy Robertson, in his book, Reminiscences of an Orkney Nonagenarian, describes the hectic but enjoyable process of making the golf course, as we know it today.
"A large committee was set up to organise the raising of money to develop the course, of which I (Doddy) was the secretary, and with the willing help of the public, we raised £1,000 in our first year, which enabled us to employ labour to convert a dairy farm to a tolerably good golf course. Fields that had grown crops and left stubble had to be ploughed and harrowed in preparation for grass sowing. We mustered on one occasion 50 golfers and as many boys, to remove stones from the harrowed fields,.and when the figures were put through our human computer, they reached the colossal total of 500,000. The secretary counted the number of stones he gathered at a moderate rate in half an hour, added together the number of hours worked by the golfers, plus those of the boys, and the honest result was as stated. There was much to do, dykes to be removed into mounds, dykes to be buried in situ, greens to be laid with cut turf ,tees to be built with stones, earth and turf, fencing to be erected to keep in sheep, gates for the convenience of golfers. All this was controlled effectively by Mr. Thomas Craigie, our incomparable greenkeeper. For the first two years, we could not claim that we had a golf course, but in the meantime, there was the old course at Wharbeth. Once we were in real business, we had a membership of 160."
Doddy kept on playing into his nineties. He was determined to "play his age" - to have a score, equal to or below his age, each year. At the age of 90, he played a round of 84, gross!
The Golf Club became a Limited Company in 1924.  The Certificate of Incorporation states:  I hereby certify that "Stromness Golf Club Limited" is this day incorporated under the Companies Acts, 1908 t0 1917, and that this Company os Limited.
Given under my hand at Edinburgh, this Ninth day of December, One thousand nine hundred and twenty-four.
James Adam, Registrar of Joint Stock Companies.
The founding Directors were representative of the town.  They were John MacKay of the Stromness Hotel, Robert Macauley, Headmaster, T.R. Mowat and James Corrigall, both Drapers, David L. Drever, Bank Agent, W.S. Spence, Baker, and F.C. Kelly, Exciseman at the Stromness Distillery.
The design of the course has not changed very much until recently, except during the second world war, when the military occupied part of it. Now, thanks to the generosity of Brian and Irene Sinclair, major changes have been made to the second and the fifteenth holes.  Apart from that, the founding members would recognise the course they built, over eighty years ago.
The Course Record is held by Shona Croy of the Orkney Golf Club.  On 18th August, 1990, she returned a score of 70 Gross (66 nett).  The competition was The Heddle Cup and John Kemp Quaich (Orkney Ladies' Championship)  Her marker was Karen Sutherland.  The score was certified correct by Doreen Garson, Stromness LGU Secretary, Stromness Golf Club. In 2008 Shona broke her own record with a score of 68.

WINNERS OF THE CLUB CHAMPIONSHIP 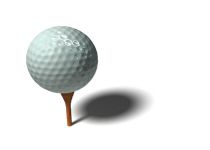 OUR CUPS AND TROPHIES 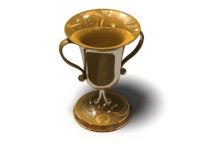 Click on the trophy to learn the history of our cups and trophies.