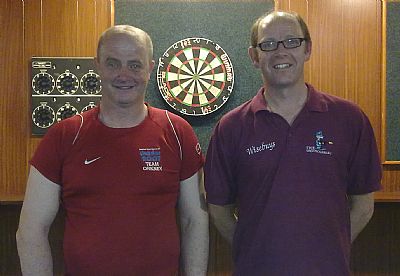 The line-up of players who have qualified to play against the professionals at the Tennent's Orkney Darts Classic has now been decided following the last qualification open event organised by the KDDL.

Iain Wilkie and Derek Firth qualified tonight, Friday 8th June, being the top two players out of 52 entries. Iain beat Paul Foubister in one semi, while Derek beat Brian Moar in the other.

The Tennent's Orkney Darts Classic is due to be held on September 1 this year and will once again see eight of the biggest names in professional darts travel to the county.

The 2012 will follow the same format as last year, with the eight pro’s — five of whom were part of last year’s inaugural event — taking on eight local qualifiers.

Well-known voice of darts John Gwynne is MC. Event organiser is Neil Stevenson, who can be contacted on 01856 872239 for ticket information.